When is TMS Therapy a Better Option Than Medications?

When is TMS Therapy a Better Option Than Medications?

An important evaluation of the effectiveness of antidepressants must include the National Institute of Mental Health sponsored STAR*D (Sequenced Treatment Alternatives to Relieve Depression trial. This definitive trial assessed the effectiveness of depression treatments in patients diagnosed with major depressive disorder, in the primary and specialty care settings.  Clinicians and consumers, we should know this information.

About STAR*D – How Well do Antidepressant Treatments Really Work

2,876 people were included in the trial at level one with 142 people completing the trial. The results of STAR*D show that antidepressant treatment success diminishes each time a prior treatment fails. That treatment being primarily antidepressant medications.

STAR*D presented the clinician with a guide to provide treatment options to relieve patient symptoms. Those who did not get well from the first medication were given the second, then the third treatment and then finally the fourth treatment if the prior treatment did not work.  The trial showed that about one-third of the participants reached remission and about 10 to 15 percent more responded to the first antidepressant.  Still, these are considered good results because study participants had high rates of chronic or recurrent depression and other psychiatric medical problems. 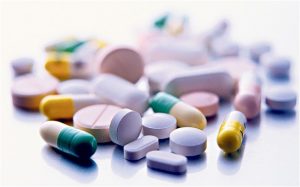